The Stones of Power or Sipstrassi series (also called the Stones of Power Cycle) is a series of seven fantasy novels by David Gemmell. Consisting of three distinct subseries, the novels are all set in the same universe and are connected to each other through the presence of the Sipstrassi, a set of stones with mystical properties.
Two of the Sipstrassi novels, Ghost King and Last Sword of Power, contain a re-imagining of the Arthurian legend. The Jerusalem Man subseries is set in a post-apocalyptic future and follows the adventures of protagonist Jon Shannow. The Sipstrassi also feature in Lion of Macedon and its sequel Dark Prince, collectively known as the Greek Series, where they are used by Aristotle to perform feats of magic. 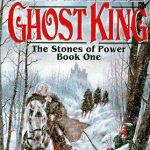 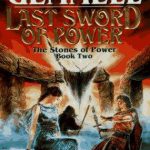