Richard comes to terms with his true identity as a War Wizard. The New World, and all the freedom of humankind, is under threat from the Imperial Order after he had brought down the barrier between the Old and New World. The Imperial Order has already sent delegations and armies into the New World. Richard’s only option to stop the invasion is to claim his heritage and unite all free kingdoms and provinces under one rule and one command. 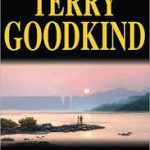