The Belgariad universe is the broad universe containing two major pentologies, the Belgariad and the Malloreon, as well as a pair of “prequels” and a related non-fiction work on the writing of the universe.

The primary books are listed below in internal chronological order. The order in which the series were written, the publication order, was as follows:
* The Belgariad
* The Malloreon
* Belgarath the Sorcerer
* Polgara the Sorceress
* The Rivan Codex

Warning: Although they mostly relate events preceding the Belgariad and Malloreon, the “prequels” do take place after the two pentologies and as such, the first and last chapters can be considered spoilers. Belgarath and Polgara should also be read in that order as the former explains (and thus spoils) how the latter came to be written. 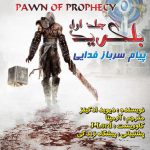