In book six of the Chicagoland Vampires series, twenty-eight-year old vampire Merit is on the hunt, tailing a rogue supernatural intent on stealing an ancient artifact that could leash catastrophic evil on the world. But, as she soon discovers, she is also the prey: an enemy of Chicagoland is hunting her, and he’ll stop at nothing to get his hands on the artifact. 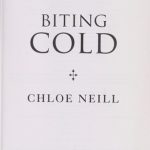