When Max, Earl Blakehurst, meets Verity he sees a downtrodden servant. He doesn’t recognize her as the daughter of a colonel under whom he used to serve, the girl he’d once helped years before. The life Verity’s now living is untenable. So he proposes a shocking solution–he will set her up as his mistress.

It’s only once that Verity’s finally agreed, once Max is beginning to lose his heart to her, that he discovers her true identity. Max is taken aback; he would never have suggested this lady become his mistress. Now, to avoid scandal, they’ll have to marry! 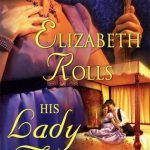